Social networks as we know them today were born and popularised through the likes of Facebook, Twitter, Snapchat and Instagram. Designed to enhance social interaction, they have played a key role in connecting people across the world.

Back in 17th century London, coffee houses provided the same opportunity. They facilitated social interaction and arguably increased social mobility between different groups of people. Merchants, teachers, lawyers, gentlemen, doctors and most likely some journalists were suddenly thrown together.

So are we now absorbed in the modern-day digital equivalent of the coffee house? Arguably yes.

It was a new phenomenon for London at the time – previously people had been strictly segregated by social circles, especially in public spaces. The coffee house was an urban invention which overruled previous social regulations and provided a forum where speech was much freer, much like the digital networks of today

The first London coffee house opened in 1652 on St Michael’s Alley in the city, owned by Pasqua Rosée.[1] Pasqua was a native of Smyrna in West Turkey and worked for the merchant Daniel Edwards when he arrived in England. Having developed his coffee knowledge in Turkey, Rosée then produced coffee for Edwards’ friends, who enjoyed it so much they persuaded him to open up a coffee house.

Rosée’s coffee house was celebrated as one of the great London coffee houses of its time and undoubtedly enabled the rise of coffee popularity across London. Today there are reportedly 1,522 sites in the capital. 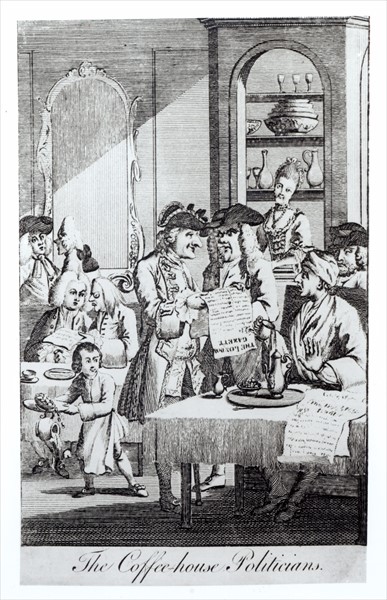 Nicknamed the ‘penny universities’ the coffee houses were real social levelers; Intellectual hubs hailed for their sobriety and sociability. Drinkers would discuss, debate, and disregard newspapers and pamphlets of the day over a small cup of coffee. High Illiteracy rates also meant people absorbed news through word of mouth and discussion.

This discussion and debate did not go unnoticed by the authorities and there was significant royal antagonism at the rise of the coffee house – the King even tried to ban them in 1675, through fear they were spreading gossip and seditious rumours about the crown.  Today Facebook, Twitter and Instagram have caused huge controversy (the Cambridge Analytica scandal comes to mind) through concerns about data. Several governments, including Syria, have banned Facebook. Russia has even banned LinkedIn, while China creates barriers to all social networks bar its own.

Today if a story breaks or there is a scandal it will trend on Twitter. Back in the 17th Century the way to reach the masses was to start at the coffee house.

So when you think of social networks and their origins, remember the idea that no story or idea is original.

Exhibit A: Social Media and the London Coffee Houses.